Nochebuena, originally from Mexico, is one of the most beautiful flowers in Latin America and the world. The cuetlaxóchitl, as it is also known, is characterized by having the appearance of a vibrant red star. Its meaning in Nahuatl is "flower that withers" and refers to the ephemeral nature of its existence. The Cuetlaxóchitl (Nochebuena) goes beyond a Christmas decoration plant. Its history and its legends reflect the importance it had in pre-Hispanic Mexico. If this mythical flower captivates your senses... discover the magical legend behind it.
﻿ There are various legends that revolve around this precious flower, almost all related to religious celebrations. Here is one of our favorites:
La Leyenda

A legend tells that a long, long time ago, in a small town in Mexico, all the inhabitants gathered in the church every year during the birth of Jesus to leave him a gift. Pablo loved this tradition. Every year he saw many people arrive from far away with beautiful gifts: fruit baskets, clothes, toys and much more! However, Pablo's sadness only grew as the years passed. As he watched everyone deposit their gifts, he felt bad because he had nothing to give away as he was extremely poor. Pablo wanted to hide to prevent others from seeing that he had nothing to offer. He hid inside a church and began to cry, then a beautiful flower with red petals began to grow from the tears that had fallen. He soon understood that that flower was a gift from God, so that Pablo would give it to baby Jesus. He went and deposited the flower among the other gifts, keeping the secret that grew from his tears. After seeing that beautiful plant, the rest of the people decided to bring one every year. As a result, today, in every home, a beautiful poinsettia dazzles everyone with its intense red leaves.

Why is the poinsettia flower so famous? It is said that Nezahualcóyotl and Moctezuma cultivated it in their gardens. They called it cuetlaxochitl, which means "withering flower." It was considered a symbol of purity and its use was ceremonial, medicinal and ornamental. But its worldwide fame began in 1828 when the American diplomat Joel Roberts Poinsett, following Humboldt's route, traveled to Guerrero and decided to send seeds of the plant to Philadelphia. In the United States it was named Poinsettia pulcherrima, in recognition of Poinsett. The plant began to be grown in greenhouses, and then exported to Europe. Although Taxco, Guerrero, has been considered the cradle of the flower, Morelos, Michoacán and Mexico City are its main producers in the country.

Did you know? During the National Day of Nochebuena, celebrated on December 8th, the Magic Town of Taxco exhibits a monumental flower made with thousands of nochebuena plants. Currently, there are more than 60 species of different colors and shapes!

Do you have a Nochebuena in your home? Tell us about it in the comments! 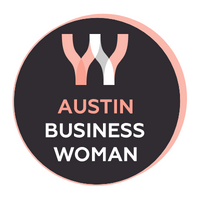